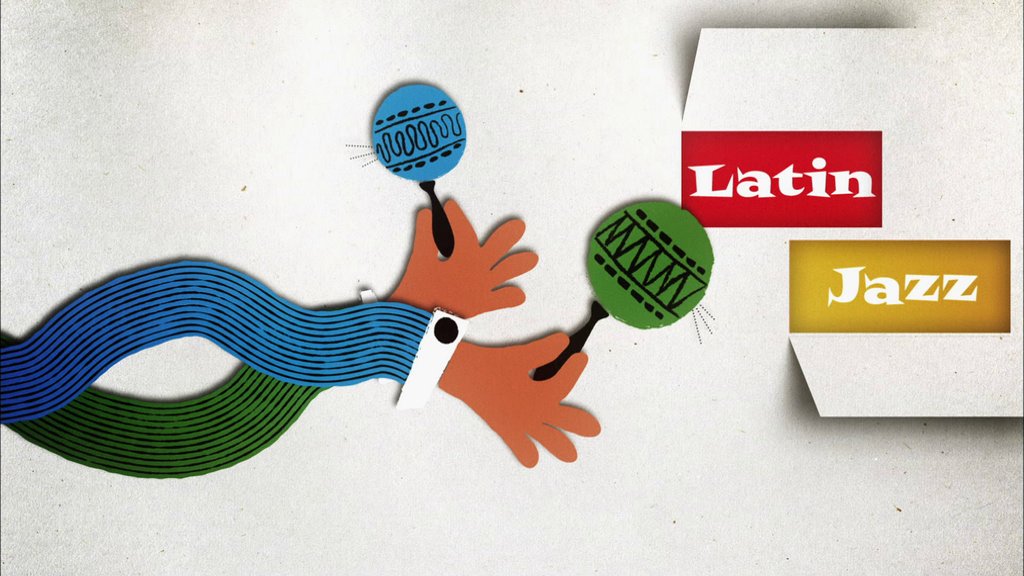 From its birth in New Orleans to its heyday in New York, Jazz has been deeply influenced by Latino musicians, especially those playing Afro-Cuban rhythms. It's impossible to imagine Jazz without this Latin influence, or as Jazz great Jelly Roll Morton called it, the "Spanish tinge".

Latin Jazz emerged as a separate genre in the New York clubs of the 1940s, where orchestras like Machito & His Afro-Cubans held court.  This new sound was built on an Afro-Cuban rhythmic core, but added Jazz arrangements and improvisation on top.  It wasn't long before non-Latino Jazz musicians began paying attention, most notably Dizzy Gillespie. He liked the sound so much that he added Cuban conga player Chano Pozo to his band.  Congas soon appeared in other Jazz bands, infusing their songs with the  clave  rhythms at the heart of Afro-Cuban music.

The tradition of playing Jazz melodies over Latin rhythms is very alive today, as Latin Jazz remains an essential part of the Jazz world.