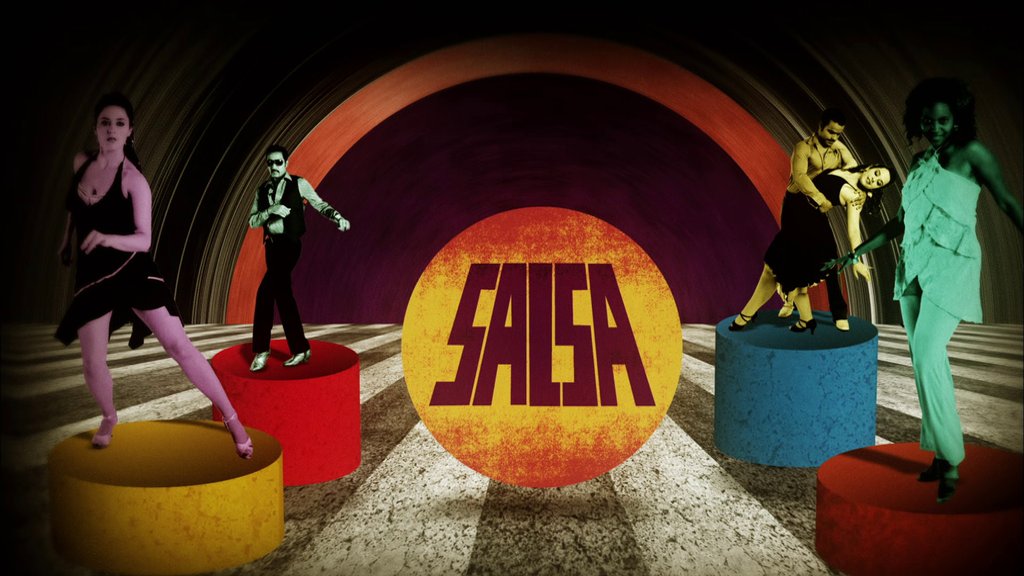 Born in New York City in the 1960s and 70s, Salsa is a hybrid of traditional rhythms from Cuba (Son ) and Puerto Rico (Bomba y Plena ), with influences from Jazz and R&B. Primarily a dance genre, it is characterized by syncopated arrangements in clave rhythm, Spanish lyrics, and a strong rhythmic pulse punctuated by the trumpet or trombone.

The word "Salsa" was used as an umbrella term for a variety of different existing rhythms and song styles (Guaracha, Son, Mambo to name a few), to help market the genre as a uniquely Latino music. Fania Records was the biggest Salsa record label, and its artists were truly all-stars. By the late 70s, Salsa had grown far beyond New York, becoming the emblematic music for much of Latin America. Salsa also grew in political and social consciousness, but, in the 80s, sub-genres such as the smooth Salsa Romántica brought the genre great success in Latin America, but didn't appeal as much to young Latinos in New York.

The Pop Salsa sound developed in the early 90s by producer Sergio George with singers such as Marc Anthony and La India brought new Salsa fans onto the dance floors of New York.